The big buzzword for artists in recent months has been NFTs (nonfungible tokens) which allow original artworks to be bought and sold on the blockchain using cryptocurrency.

Now, Audius is hoping to do something similar for musicians and offer you a chance to own and stream music in a way that directly benefits the people who make the music, rather than a middleman.

Audius provides a free streaming service for music and a gated, premium service which requires you to pay for access using their new cryptocurrency $AUDIO.

This is very similar to the model used by NFTs and if you’re at all familiar with blockchain services, it ought to make immediate sense to you.

And yes, the value of $AUDIO can go up and down, so, in theory, you could just buy some of the currency, wait for it to appreciate and then sell it, as people do with Bitcoin or ETH.

Why Is Audius A Good Thing, In Theory?

The company claims that 90% of total revenues will end up in the pockets of the artists and because the tokens can go up in value, that could mean a lot of extra money for artists.

For example, at launch a $AUDIO token was worth just 4 cents, but they then saw an explosion in value to 20 cents a few weeks later.

So, for every dollar that an artist earned in launch week, assuming they hadn’t sold their tokens, they’d have been holding $5 once the price had surged.

To try and convince people of their good intentions Audius has published the formula by which it pays the artists, to be as transparent as possible.

What Are The Downsides Of Audius?

Every time that they add more of the currency to the open market, the price is going to take a hit, which means your favorite artist might be holding $2,000 on a Monday morning and then by Monday evening, they’d have $20 as a huge tranche of $AUDIO was released and wiped out the value.

This doesn’t mean that Audius is a bad idea, the theory behind it is great, and the company does seem to care about artists, but it does mean that there’s a greater level of risk in owning $AUDIO than in some other cryptocurrencies.

There is also a major concern regarding the ability for people to add content to the platform which in the company’s own words “cannot be censored or deleted” that they don’t own.

For example, I could upload Metallica’s back catalog, which would then, almost certainly, lead to Metallica taking legal action against Audius.

We’re curious as to how they can evolve copyright protection methods using this blockchain based solution.

We like Audius a lot and we strongly support the idea of artists getting a better deal than they do with traditional record companies.

However, we think the blockchain model is still a bit complex for the average consumer and that there are some serious risks for both artists and Audius in this current model.

It’s up to you if you want to give it a go or not. But if you intend to buy $AUDIO as an investment? We’d recommend talking to a financial advisor about risk exposure before you do.

If you want to listen to Audius, you might want to invest in a nice laptop for music and a pair of bone conducting headphones.

If you’re not ready for music on the blockchain, just yet, why not check out these more traditional streaming services, instead? 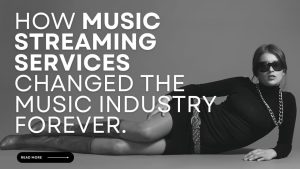 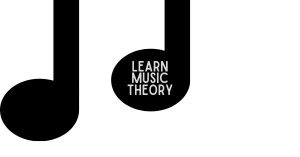 The Best Way To Learn Music Theory, According To Math