My friend Billie and their friends are dance maniacs. They are out most nights dancing around the city in a variety of clubs but their all-time fave is Disco.

These are their real-world disco picks to keep it going on all night!

Disco music is truly a timeless genre. It has the ability to make people get up and dance no matter what year it is. Although disco originated in the 1970s, it’s still going strong.

Here are some of the most iconic disco songs of all time. You should be dancing!

This song was released in 1978 and is one of the most popular disco anthems of all time.

It is about overcoming difficult times and becoming a stronger person because of them.

The lyrics are empowering and uplifting, which is why this song continues to be popular today.

In the early 1970s, disco was all the rage. And no one embodied that spirit more than Gloria Gaynor. Her hit songs, like I Will Survive and Never Can Say Goodbye, were anthems for a new generation of dancing.

Gaynor’s music was empowering and inspiring, and her voice still sounds as strong today as it did when she first recorded it.

by the Bee Gees

Stayin’ Alive is a disco song by the Bee Gees, released in 1977. The song has been covered by many artists and remains a popular dance floor filler to this day.

The Bee Gees were a group of three brothers who got their start in the music industry in Australia.

They soon became one of the most popular groups in the world, with a string of hits that included How Deep Is Your Love, Stayin’ Alive, and Night Fever.

The Bee Gees were known for their tight harmonies and catchy melodies, which helped to make them one of the most successful groups of all time.

“Stayin’ Alive” is a prime example of the Bee Gees’ signature sound, with its infectious beat and memorable hook.

The song was originally written for the film “Saturday Night Fever,” which featured a popular disco soundtrack that helped to make the Bee Gees even more famous.

“Stayin’ Alive” became one of the most popular songs of the 1970s, and it remains a dance floor favorite to this day.

If you’re looking for a fun song to help get the party started, “Stayin’ Alive” is a great choice.

This song was released in 1979 and it celebrates the importance of family.

It reached number one on the chart and has since been certified platinum by the Recording Industry Association of America (RIAA).

Sister Sledge is an American R&B and soul group. The group was founded in Philadelphia, Pennsylvania, in 1971 by sisters Debbie, Joni, Kim, and Kathy Sledge. The sisters have scored a string of hits over their career, including We Are Family (1979), He’s The Greatest Dancer (1979), and Lost In Music (1984).

Sister Sledge’s sound is a mix of R&B, soul and disco. The group has been described as “one of the best disco groups of all time.”

The sisters have had success both in the United States and internationally. They have sold over 20 million records worldwide and have been awarded numerous accolades, including a Grammy Award and a star on the Hollywood Walk of Fame.

The Trammps were an American soul group, formed in Philadelphia in 1972.

The Trammps began their career in the early 1970s, releasing a self-titled debut album in 1972.

The album was not commercially successful, but the group’s single Disco Inferno gained attention after being included on the soundtrack to the film Saturday Night Fever. The song became a massive hit, reaching number one on the Billboard Hot 100 in 1977.

Do You Wanna Dance?

Bette Midler’s “Do You Wanna Dance?” is a classic song that has been enjoyed by audiences for decades.

The song is about a young man who is trying to ask a girl to dance, and he’s not sure if she’s interested.

The lyrics are light-hearted and fun, and the melody is catchy and upbeat.

The song is perfect for a wedding reception or any other event where people are looking to have a good time.

by KC & The Sunshine Band

KC and the Sunshine Band’s 1976 hit That’s The Way (I Like It) is a feel-good anthem about enjoying life to the fullest. We love it!

The song’s simple lyrics and upbeat melody are sure to get you moving, and its positive message is perfect for any occasion.

Whether you’re celebrating a birthday, getting ready to party, or just looking for a pick-me-up, That’s The Way (I Like It) is the perfect song to get you in the mood for a good time.

So go ahead and let loose, because when it comes to having fun, That’s The Way (I Like It) is all about enjoying life to the fullest!

You Should Be Dancing

by the Bee Gees

The Bee Gees were a legendary disco group from the 1970s.

Their song You Should Be Dancing is one of their most well-known tracks, and is still a crowd favorite today.

The song is upbeat and fun, and is perfect for getting people on the dance floor.

If you’re looking for a song to get the party started, You Should Be Dancing is a perfect choice.

by KC & The Sunshine Band

Get Down Tonight is a disco song written byKC and the Sunshine Band. It was released in 1975 as their first single from their self-titled debut album.

The song reached number one on the Billboard Hot 100 chart, where it spent one week at the top spot. The song also topped the charts in Canada and Australia.

Get Down Tonight was written by band leader Harry Wayne Casey, who also produced and sang lead vocals on the track.

The song was inspired by a party that Casey attended where he observed people dancing in a sexually suggestive manner. He decided to write a song about it, and the result was Get Down Tonight.

The song features a simple disco beat and a catchy melody. The lyrics are written in a playful, suggestive style, and the overall effect is one of lighthearted fun.

Get Down Tonight was an instant success when it was released, and it remains one of the most iconic disco songs of all time.

Chic’s Dance, Dance, Dance is one of the most iconic disco songs of all time. It’s no wonder why it’s been sampled and covered by so many artists over the years.

The song is upbeat and catchy, and it’s sure to get your feet moving. If you’re looking for a song to get you pumped up for a night out on the town, this is the one for you.

The song was originally released in 1977, and it quickly became a disco classic.

It was written by Nile Rodgers and Bernard Edwards of the band Chic, and it was produced by Nile Rodgers. The song features vocals from lead singer Norma Jean Wright.

These are just some of the most iconic disco songs of all time.

There are many more that we could have included, but these are definitely a great place to start if you’re looking to get your groove on!

Disco music is still popular today and it doesn’t seem like its popularity will be waning anytime soon. Wane not, we say!

So put on your dancing shoes and enjoy yourself. You deserve it! 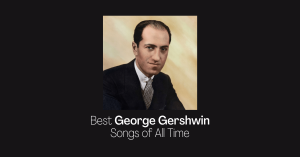 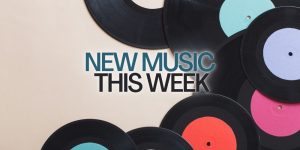 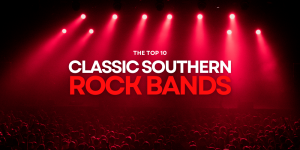