If you want to add tunes to your Discord chat it’s easy to do with these best Discord music bots.

A discord music bot can play music from a variety of sources (such as Spotify, Bandcamp, YouTube videos, etc.) to liven up your channel.

Playing music with discord music bots is super easy when you know how and they can bring a lot of energy to your channel.

So, take a look at these Discord music bots and see which music bot is going to best serve you and your friends as you chat online.

The free Discord music bot is one of our favorites – it integrates feeds from almost every radio station on Earth as well as all the usual internet subjects and unlike some other Discord music bots, it lets you play music for free – though there is a paid version of this music bot with even more features.

We like that this Discord bot is so easy to use and that it’s quick to set it up to play high quality music without spending hours configuring it.

This Discord bot is very user-friendly and you find that, compared to other music bots, the interface is very easy to find one of their unlimited saved playlists and use it for music playback without having to think too hard about, exactly, what you want to listen to.

However, we did find that it occasionally clashes with YouTube playback.

If you want your music bots to play songs that focus on Lo-Fi and instead of forcing you to make your own playlists – it just creates them for you.

It’s very easy to integrate with a voice channel as this groove bot really is just a music bot that brings a certain vibe to Discord servers. If you love Lofi music, then you will love this.

This is one of the more popular Discord music bots and that’s because you can control the bot from within the Discord server environment.

It supports playlists from a Spotify account as well as any YouTube links that you might want to listen to and as the bot ensures that each YouTube link is legit, it ensures that it won’t get banned from Discord either.

This bot supports nearly 50 different commands and it looks good on your Discord server too.

It allows you to design featured images, and avatars through its other features.

It also has built-in anti-Raid protection and that means it’s the best bot if you want something built with security in mind.

It has an uptime of nearly 100% which makes it the most reliable bot in our tests too.

This is an excellent Open Source package that offers a simple array of basic commands (you can play, pause, skip songs, that kind of thing).

And it’s very easy to find the favorite music of other users if you’re struggling to think of a playlist for your server.

There is no premium version or premium features for this bot but if you like it enough – you can always write your own, as it’s 100% open source and that means you can change the code.

Hydra has a decent free version for new users but we suspect that the completely free Hydra bot isn’t going to be enough for most and it’s worth paying for access to their admin-only commands and visual player.

That means you can do much more than skip tracks and it has ban/unban functionality, language control and a range of audio effects to choose from too.

Zandercraft goes beyond music and brings in a ton of additional functionality.

It’s the sort of bot that we’d want in the background when playing games or on Twitch live streams.

Be warned though, you have to manually add this to your channel, there’s no easy deployment package.

This player also acts on the same server that it’s installed on as an auto-moderator policing trolls and cuss words alike.

It’s one of the most visually attractive players too and has a huge list of options, commands, and controls. It’s quite expensive though and you might want to try some of the other bots before you settle on this one.

Vexera’s premium and pro versions add a lot of additional functions but we think you might be happy just starting with their free bot.

And it’s already been installed on over 300,000 servers, so you know it works well with Discord.

Discord is awesome but everything’s better with a little music and Discord is no exception.

The best Discord music bots can really enhance your Discord channels without interfering with people’s enjoyment of the chat and that’s because they stream high-quality music to your channel for you. 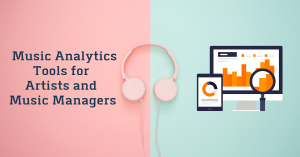 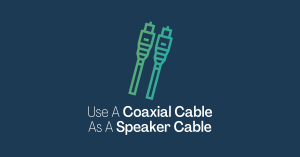 Can You Use Coax As A Speaker Cable? 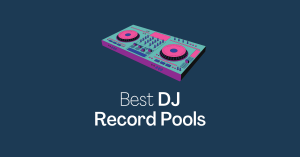