There’s no doubt that in today’s EDM scene female DJs deliver the same level of performance as their male colleagues.

We took a poll among our favorite EDM lovers and compiled a list of the women who are currently dominating the DJ world.

This is not one female DJ but a pair of them! They’re sisters, in fact.

Olivia and Miriam Nervo are the ultimate Australian DJ duo and their debut album has won international dance music awards.

They’ve also written songs for Ke$sha, David Guetta, Kelly Rowland, and many other top artists! Together they are the highest billed female DJ in the world.

Charlotte isn’t just a DJ, she’s also a techno music goddess, with her own record label where she also acts as a record producer.

She had a huge hit single with “You’re Mine” which had Oscar and the Wolf featured on it.

She’s based in Ghent, Belgium which might explain her drive to get out and explore the rest of the world as a DJ.

We love Mariana’s deep house music but she’s also comfortably at home dishing out the progressive and future house too.

Her debut single was Kolkata and it was a smash hit.

She was originally a classical musician and is currently the only world-class female musician and music producer from Mexico!

She’s worked with a huge range of artists including The Weekend and Lorde.

She’s from Australia where she once studied the cello and was a keen member of the Indie Rock scene.

She’s considered to be one of the world’s greatest DJs and given she only really began Djing in 2012, her achievements are incredible.

We love Miss K8’s take on techno and experimental electronica and she’s from Ukraine.

Her record label is very pleased with her performances and she’s won the Juno Awards Electronic Music Album of the Year on more than one occasion!

Her collaborations with Angerfist are legendary and even though she took some maternity leave recently – she’s still capable of demanding the top slot at nearly any of the top techno festivals.

Mandy (Praet) is a Belgian who is all about hardstyle – she started out in the techno scene in 2015 and then took up a contract with the Hard Dance imprint “Dirty Workz” just a year later.

Her remix of Tiesto’s Jackie Chan is considered to be one of the best remixes of all time. She’s concrete proof that the ladies can lay down a beat the equal of any man.

This Taiwanese DJ is a major deal on the EDM scene and she’s something of a techno queen in Asia.

She was the only woman to enter the 2013 Red Bull Thre3Style competition where she represented her country. She was also the winner and that tells you all that you need to know about her incredible talent.

She is often on the bill at major festivals but you can also hear her tunes in the background in many a movie soundtrack.

Italy’s number one woman DJ is Deborah De Luca and she actually started out working in fashion design before deciding that wasn’t really what she loved and she started out dancing in clubs as she worked her way towards her dream role as a DJ.

She was signed in 2013, and now she regularly plays at venues across the world. She’s considered to be one of the best female techno DJs out there and has been nominated for the International Dance Music Awards.

Sam Divine joined the electronic music industry when she turned 21 and, apparently, she mastered her minimal techno approach by practicing in the shed in her mom’s garden!

Her tunes have topped the iTunes Dance Charts and she often plays clubs in Ibiza.

She was born in South Africa but raised in Switzerland and her style’s all her own.

She was chosen as the Best Female House Artist in 2020 at the International Dance Music Awards.

Iran’s Lady Faith is the best female DJ from the Middle East though she’s now based out of Los Angeles as the strict Iranian regime aren’t fans of the underground techno scene.

Italy’s number 1 female hardcore DJ is Anime (Barbara Palermo to her parents) and she’s been working the club circuit since 2000!

And she’s performed in nearly every country worldwide with an electro music scene!

So, there you have it! The very best female DJs in the world.

There was a time when electronic music was the sole province of the male DJ but that time is long gone.

Now, female DJs are an essential part of the dance music scene. And we’re all better off because they are. 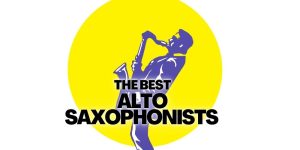 A Celebration of The Finest Alto Saxophonists 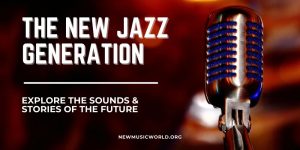 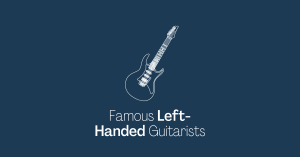