What started as a single segment on Jimmy Fallon’s Tonight Show led to everyone wanting to do a lip sync battle.

But to do it right, you need the rules and the right songs and we’ve got you covered with both.

How To Do A Lip Sync Battle

First, you need to set some rules for your lip sync battle (or it will only end in tears).

We base ours on the original TV show’s rules:

The Best Songs For A Lip Sync Battle

The songs you pick will really influence your chances of winning a lip sync battle.

We’d recommend that, if in doubt, you go for something you’re sure your audience knows and loves.

There is no point in doing Rammstein for your grandma, she won’t appreciate it and you’ll lose.

So, with that in mind, our top picks are:

Don’t hold back when you do a lip sync battle. Go completely overboard!

The objective isn’t to be good, it’s to be entertaining. You win by audience vote, not technical proficiency. 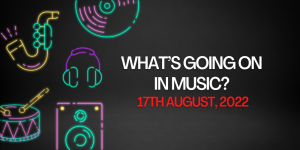 What’s Going On In The Music Industry Today?