When I recently re-started hunting this slice within the wide arc of electronic inspired music, Bonobo was one of my first discoveries. He is a master at this vibe and is highly succesful at it. He releases a new work every 3 or more years.

Usually for me, this vibe is all about theme and variation. It’s about the groove, for sure, and he has an innate sense for meandering, pulsating forward-moving beats that pair perfectly with an OG Kush high, sliding down the slopes, or for slow boardwalk strolling.

His tiny details and subtle variation is what elevates the often repetitious aspect of this laneway. If you have never done the downtempo thing you could never go wrong with a back catalog spin of his work. 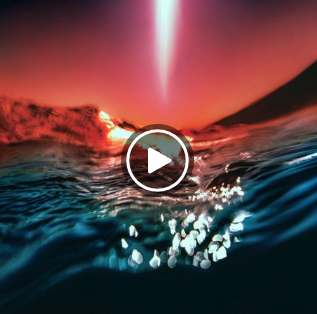 I have not spun this LP in full yet but after the trickle release singles and this morning’s coffee chill, it’s all him. He’s a pro. 3.5 Million MSL’s. Estimated 10.5 Million World Wide Monthly Listeners.

Yes, he has a devoted following.

So the question is: are you a Bonobo fan already? Are you a hater? Or have you never heard of him?

*Or should we call it New Age. Where has that term gone to? It’s as if it was a hated label and it morphed into ‘chill’ ‘downtempo’ ‘ambient’. I dunno, just a ramble. This is NOT New Age.