As we scroll through Spotify and our TikTok feeds, we’re bombarded with an odd phenomenon: songs we know and love, but with one crucial difference.

Welcome to the world of “sped-up songs,” a trend that’s taking over the music industry like a sonic version of the Tasmanian devil.

But who’s behind this trend? And more importantly, why?

Is it just a passing fad, a way for artists to inject some fresh energy into their catalogs? Or is there something more sinister at play?

One thing’s for sure: the trend is becoming more and more popular. Just take a look at the “Sped Up Songs” playlist on Spotify, which boasts over 1,000,000+ likes and runs for over four hours.

It’s packed with hits from the likes of Raye, Steve Lacey, Ellie Goulding, and Lana Del Rey, all given the nightcore treatment.

And it’s not just Spotify getting in on the act; YouTube is also awash with videos of sped-up songs, with one video from last year racking up over 4.9 million views.

Even TikTok, the land of viral dances and lip syncs, is getting in on the action, with the hashtag “spedupsounds” racking up 9.6 billion views.

But why are people so drawn to these accelerated versions of songs?

Some speculate that it’s all about the beats. In an age where we’re constantly multitasking, we don’t have time for slow burns and ballads. These days, we want our music to hit us like a triple shot of espresso, to keep us moving and motivated.

Nighcore is a form of music anyone can make and enjoy, which is part of its appeal.

Nightcore is a form of music that originated in Norway in 2002, where it was pioneered by two high school students, Thomas S Nilsen and Steffen Ojala Soderholm, as a class project. The genre is characterized by a faster tempo and higher pitch than the original songs, and also often includes elements of trance, techno, and eurodance music.

Nightcore has become popular due to its high energy beats which creates an exciting experience for the listener, it spread globally through the internet and social media, with the music can be found on YouTube and Spotify, with dedicated playlists and communities for the genre.

But there’s also a more insidious explanation for the trend: corporate greed. Some industry watchers are skeptical of potential deals between labels and streaming services, and some suspect that these remixes are a way for music companies to make a quick buck without having to spend big on expensive remixes by big-name DJs. One Spotify playlist in particular, “sped up nightcore,” seems to be a case in point.

Despite its DIY look, complete with lowercase titling and a stock photo of a lightning bolt as its avatar, the playlist only posts remixes of songs from Warner Music Group and averages over 12 million listeners a month and 2 million listeners a day. Not bad for a playlist that looks like it was made by a teenager in their bedroom.

So, is the trend of sped-up songs just a harmless way to breathe new life into old songs? Or is it yet another example of the music industry’s insatiable appetite for profit, at the expense of art and creativity? It’s hard to say.

But one thing’s for sure: as we blast Summertime Sadness at 150% speed, we can’t help but wonder what Lana Del Rey would make of it all.

The truth is, the trend of sped-up songs is a double-edged sword. On one hand, it can introduce new listeners to older songs and give them a fresh lease on life. But on the other hand, it can feel like a cheap cash grab by music labels and streaming services, a way to exploit the nostalgia of listeners and make a quick buck without investing in real innovation or creativity.

And it’s not just the music industry that’s to blame. Social media platforms, with their algorithms that reward viral content and short attention spans, have played a huge role in popularizing the trend. The result is that a music landscape that’s already oversaturated with similar-sounding songs is now being flooded with sped-up versions of those songs, each vying for our attention and dollars.

The music industry is always evolving, and as with any trend, it’s up to us as listeners to decide whether we want to keep dancing to the same old song, just with a faster tempo, or if we want to seek out something truly new and exciting.

In the end, whether you’re a fan of sped-up songs or not, one thing is for certain: the music industry, driven by corporate greed will continue to find new ways to repackage and resell the same old songs in the hopes of making a profit.

It’s up to us as listeners to be discerning and choose what we support with our time, attention and money. 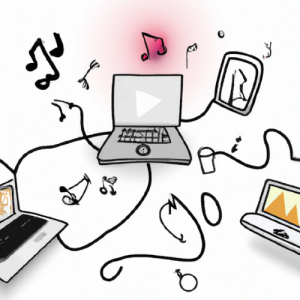 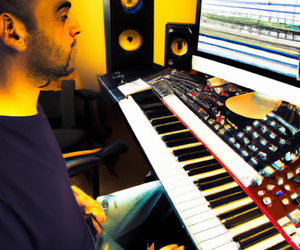 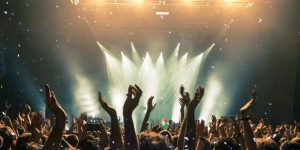 Could A Pay What You Can Approach Make A Massive Difference To Music Sales?