1987 will live forever in rock annals.

Def Leppard, Whitesnake, and Guns n Roses topped the charts and of them all, it was GnR that caught the attention of every ear.

The big single of the year was Sweet Child O’ Mine and what most people don’t know is it was written for Erin Everly, the first wife of Axl Rose.

Erin comes from Los Angeles and her father was Don Everly (of The Everly Brothers).

Her mother was Venetia Stevenson, an actress and clothing designer.

Her parents had a temperamental relationship, much of which was due to Don’s drug addiction, and they went through an acrimonious divorce in the 1970s.

About Sweet Child O’ Mine And Erin

In 1986, Erin met Axl Rose when they both attended a party. She was living in New York at the time and was just visiting Los Angeles but as their relationship blossomed, she moved back to L.A.

Slash’s friend Marc Canter remembers this period well and he says of that time that Erin was well put together, working as a model and she always looked too good to be hanging around with the band.

He says that Erin is proud of Sweet Child O’ Mine, that she starred in the video and had a great time, and as he says, at the time Axl and Erin were deeply in love.

That’s a good thing, even if things didn’t end well for them.

Erin would, however, appear on one more GnR video before the end – It’s So Easy. This video went unreleased for a while as it involved some fairly intense S&M scenes between Erin and Axl.

About That Whirlwind Relationship

While it may have seemed like it took no time at all, the couple dated for a full four years before opting to tie the knot in April of 1990.

Being the classical romantics that a rockstar and his model girlfriend tend to be, they opted to get hitched in a wedding chapel in Las Vegas!

They say that Axl was miserable enough about this that he wanted to annul the marriage just two days later!

Erin, however, was pregnant and determined to hold on. It was not to be and she sadly had a miscarriage just four months later.

After just 10 months of marriage, they decided they’d had enough of each other and it was time to get divorced.

Axl admits that at this point, they were treating each other “like crap” and messing up each other’s lives “completely”.

When The Lawyers Came To Town

This was, of course, an understatement and the abusive nature of the marriage was well-known among those close to the band.

Great White would use a recording of Erin trying to defend herself from Axl’s fist on the album Psycho City.

People Magazine ran an article in 1994 about how abusive Axl Rose had been with Erin and with a previous beau Stephanie Seymour.

Erin decided to go to court over the abuse in March 1994 and she said he’d been both physically and emotionally abusive.

Rose resisted and denied the charges. In the end, they settled out of court and we’ll never know what the real truth of things was.

What Happened To Erin?

Erin continued to date celebrities following the end of her marriage and she’s been seen in the arms of Anthony Kiedis, Matthew Nelson, David Arquette, Matthey Klyn and Donvan Jermoe Leitch among others.

However, she remarried in 1997, to Jack Portman. They have three children together.

In a flash of irony, she would be arrested on domestic violence charges in 2010 for attacking her partner with a knife.

In 2011, GnR played in Atlanta, a first because Axl had been trying to avoid the city as he knew his ex-wife lived there, and Erin was seen at the show.

Things had pretty much settled down between the couple until 2013, when Erin tried to sell off love letters from Axl and the couple’s wedding video.

It’s not known how much she raised from the sale but we can imagine the items were highly sought after by GnR fans.

Erin Everly is an interesting and wild figure who seems at face value to have been a perfect match for Axl Rose.

Sadly, it was not meant to be, but she continues to lead an exciting life in the aftermath. 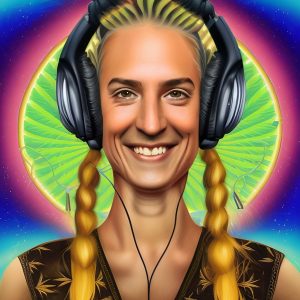