Welcome to Metal Madness, our new monthly column of what’s worth banging your head to in the world of heavy metal.

Each month, we’ll highlight nine new releases and one classic track that deserves your attention. Enjoy!

The boys are back after a long hiatus, the thrash legends return and they’re all about pushing the mosh to the max here.

There is nothing revolutionary on the new album, Electrified Brain, but with tracks like Last Crawl, who cares? This is exactly what we want, expect and love from this band and they’ve not lost any momentum or pace.

Sure, it’s not subtle and it’s probably not clever, but it works and we love it.

Coldrain returns with their wonderful Japanese weirdness in the form of Nonnegative. These pioneers of the J-rock revolution are still happily reinventing epic rock and what it can offer you.

Rabbit Hole is, perhaps, the heaviest track off the album and truly showcases the conflicts between hardcore screaming, melodic vocal elements, and all the familiar and original elements that this act is capable of producing.

We recommend listening to the whole album, if you can, though as the cover of No Doubt’s Don’t Speak is pretty darned awesome too.

Death On A Highway

Imperial Triumphant brought their blend of jazz and brutality back to play with the masterly Spirit of Ecstasy album and it was one of July’s finest listening pleasures. If you want a band that pushes the envelope, this is it.

Death on a Highway is one of our favorites off the album, with a solid choral vocal line that not only evokes the ugliness of empty city streets but also provides just a glimpse of hope there too. It’s an exciting song on an album that is truly breathtaking.

The mighty Brazilian brothers of death are back and their new release Mortem Solis was a solid slab of what we’ve come to expect from this band. There’s nothing here for the casual listener, you either feel the majesty of this stuff in your soul or your recoil from it.

Swords Into Flesh is the most accessible track on the album and we’d expect to see it on their tour setlist later on this year and for it to persevere into future tours. Sure, it’s all a bit predictable but this is death metal comfort food, it was never going to break new ground.

Personages of a Damned Dream

The album title is Jörmungandr – The Serpent of the World and just from that, you should know exactly what you’re getting from Kazakhstan’s finest. Yup, it’s a slice of polished power metal and while in stronger release months, it might not have got a mention, it’s plenty of fun as it is.

Personages of a Damned Dream is the most representative track of the bunch, there’s nothing wrong with it, I can see myself happily stage diving to this at a festival. It’s just there’s nothing new on offer, either. If you want some well thought out riffs, clean vocals and a hint of neo-classical? You’ll love it.

If you thought Jack Starr’s Burning Star were over back in 1989, we get it, but, in fact, they reformed in 2004 and have been going strong ever since. Souls of the Innocent, their new album, welcomes Alexx Panza on vocals and things are looking good.

All Out War is a great piece of power metal that will have you happily learning the chorus in no time and it’s the best track on a surprisingly good album. Jack Starr’s Burning Star remains a good example as to why you neither have to burn out or fade away but can keep making great turnes.

Derek, also of Dream Theater, is one of the world’s greatest keyboardists and his new album Vortex is a showcase of his talents and his ability to network with some of the greatest artists in the business too.

Our favorite track, Fire Horse, features none other than Nuno Bettencourt of Extreme fame and it has a nice 70s retro funk feel to it. Not everything on this 9th solo album is quite this good, but it’s always close.

Witchery has been doing its thing ever since the main part of Satanic Slaughter decided to jump into Swedish Thrash and while Sharlee D’Angelo has left, there’s nothing to worry about the new album – Nightside is everything you could want from this band and more.

Crucifix and Candle is the big crowd pleasing thrash classic on the album, but there’s no filler here – every track is memorable, chorus driven and a ton of irreligious fun. Get ready to get in the pit and pump your fists when they’re on tour in your town!

There’s something striking about The Devils, Belphegor’s new album, and it’s that they haven’t lost any pacing at all over the last 25 years. This is as blistering and brutal as their debut, and there are no triggers in sight.

The title track is also the intro track and it’s everything we’d expected, it’s brutal, dark, nasty and just blasts riff after riff in your face. It’s almost like it’s setting itself up to explode. And the rest of the album never lets up. This could be the surprise release of the month – a true black metal classic.

Classic Track: Got The Time

Even though we’re tempted to feature Metallica as our class track this month, now that the zoomers are trying to cancel them over Gen-Z’s lack of understanding of how the world works, we’re going with Got The Time by Anthrax.

When Joe Jackson was asked, more than a decade after this thrash classic cover of his work was released, if he liked it, he said that he still wasn’t sure. Well, we’re sure on behalf of him. Get banging! 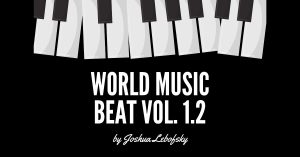 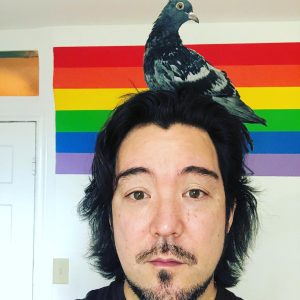