In the pre-streaming era, there was a bottleneck between the thousands of aspirational artists and the ears of potential fans.

They decided what kind of music would be “commercially viable” and they controlled most of the access to the airwaves even if you funded your own music production.

Today, a new bottleneck is arising and while labels are still heavily involved in the music industry, they are no longer the gatekeepers to success, that job falls to the streaming services.

The Power Of Streaming Services Lays In Their Playlists

Spotify’s statistics show that the company is adding 60,000 songs a day to their track library! That works out at an incredible 22 million new songs each year. It’s also around 1.4 a second and this is on top of an existing library of almost 100 million tunes!

This is important because Spotify is the dominant force in music streaming, today, sure there are other significant streaming services out there such as Apple and Amazon and YouTube but even if you combined all their efforts, Spotify would be out in front.

Roughly 1 in 3 of all streams originate on Spotify and though the company is losing market share slightly, year on year, the exponential growth in the streaming market makes this loss insignificant.

But with all the music available on Spotify, the odds that you will discover something by “pure chance” are about zero.

There is, however, a shortcut to this process. Inclusion on Spotify’s playlists. In the book, Chokepoint Capitalism, the authors describe how this can work in an independent artist’s interests.

Paul Johnson was fortunate enough to appear on Spotify’s Fresh Finds playlists. This catapulted Paul from a struggling artist into being a guy who makes $200,000 a year from streaming!

After he appeared on one list, it took very little time to appear on another and then another and another. This snowball effect is the benefit of getting on a playlist and people responding well to your music.

And the impact of being on a playlist is so big it can impact even big name artists like Katy Perry whose record tanked when Spotify blacklisted her for offering Apple an exclusive.

In fact, Spotify’s playlists are now thought to be responsible for up to a billion streams a week!

The problem is that Spotify has certain commercial incentives to fulfill. And thus, their playlists are often what’s known as “streambait” that is music that can be left playing for hours in the background without fatiguing the listener.

And, when users are more selective in their use of playlists, the curated lists often look suspiciously like radio station playlists rather than a collection of the best songs across the service as selected by algorithm or experts.

And it’s hard to disagree with that sentiment. In fact, because Spotify invests so heavily in big data, they are not just capable of controlling what you listen to, but they’re capable of creating the music you listen to as well.

You can find evidence of this in their ambient playlists (perfect background music) where the big names of the genre rarely appear, instead, “mystery viral artists” suspected to be those created by Spotify, using the Swedish production company Epidemic Sound, rack up the listening count.

Streaming is seeing a similar pattern to the heyday of the big record labels, with a small number of services exerting huge control over what people can listen to or discover.

Despite the record numbers of releases going on to these platforms, the economic incentives are such that streaming companies are almost compelled to exploit the control they have to their own advantage. 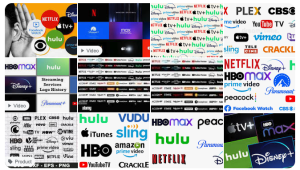 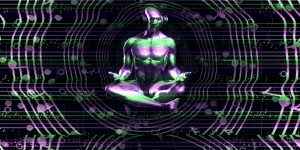