Born in the 1970s, the southern rock genre made a place by combining rock and roll, country music, blues, and, bluegrass.

Also known as boogie-rock and jam rock, these ten bands can be considered the founding members of the style.

The Allman Bros Band were pioneers of the southern rock genre.

Their album Live At The Fillmore led to them being often labeled as the first jam band ( a term they disliked) Brothers Greg and Duane Allman along with  Dicky Betts, Berry Oakley, Butch Trucks, and, Jai Johanny Johanson became international superstars with hits like Ramblin’ Man, Midnight Rider, and Jessica.

Sweet Home Alabama. It couldn’t be much clearer than that. Formed in Jacksonville, Fla in the 1970s, Lynyrd Skynrd achieved international acclaim with Sweet Home Alabama and Free Bird which still play in heavy rotation on Southern Rock stations.

Their contributions to the genre gained them entry into the Rock and Roll Hall of Fame in 2006 and Rolling Stone listed them ninety-fifth on their one hundred greatest artists of all time list.

Formed in Houston, Texas in 1969, ZZ Top is a unique rock trio made up of vocalist, guitarist  Billy Gibbons, drummer Frank Beard and until his death in 2021, Dusty Hill on bass. While later in their careers they became a  more mainstream rock act, their early hits La Grange and Tush are powered by old-fashioned texas boogie and shuffle grooves. As of 2021, they had sold more than fifty million albums worldwide.

Charlie Daniels was a multi-instrumentalist, singer-songwriter, and bandleader. Charlie Daniels grew up listening to pentecostal gospel music, bluegrass, country, and, rhythm and blues. He worked as a Nashville studio musician, co-wrote “It Hurts Me” for Elvis Presley, and played bass on albums for Bob Dylan and Leonard Cohen, among others.

His hits include The Devil Went Down To Georgia, Long Haired Country Boy, and The South’s Gonna Do It Again.  He won numerous awards, is in every Hall Of Fame there is, has had triple platinum-selling albums, and remained active until his death in 2020.

The Devil Went Down to Georgia – The Charlie Daniels Band

A Decade Of Hits – The Charlie Daniels Band

Formed in 1972, The Marshall Tucker Band was another group at the center of the southern rock style. They’ve released more than 20 studio albums along with countless live recordings.

Another group that mixed elements of country, blues, and even jazz The Marshall Tucker Band became a touring phenomenon and by the 1970s playing more than 300 gigs a year, headlining festivals all over the world.

Fire On The Mountain – The Marshall Tucker Band

The band sought to write radio-friendly material and succeeded in 1979 with Rockin’ Into The Night, their first top-40 hit. Subsequent top-tens included “If I’d Been the One” and “Caught Up in You”

Another touring machine, 38 Special is still playing its brand of southern rock music to enthusiastic audiences throughout the U.S and Europe.

Rockin’ Into The Night – 38 Special

The Outlaws were formed in Tampa in the late 1960s.

While their use of three and four-part vocal harmonies set them apart from other southern rock bands, the dueling guitars of Hughie Thomasson and Billy Jones were one of the key elements to their life success.

A good example of this can be heard on any of the live recordings of their hit Green Grass and High Tides.

Ghost Riders in The Sky – The Outlaws

Wet Willie came out of Mobile Alabama in 1970  and came to the public’s attention a year later as the opening act for The Allmann Bros U.S  tour.

Over the course of the ’70s, they charted several top 10 hits including Keep On Smiling in 1974.

Formed in 1968 under the name Itchy Brother, it would not be until the 1989 release of Pickin’ On Nashville that they’d record as The Kentucky Headhunters.

They are another band that straddled the line between country and jam rock, with liberal doses of electric guitar solos and later on a full horn section and Hammond B3 organ.

Walk Softly on This Heart of Mine – The Kentucky Headhunters

Oh Lonesome Me – The Kentucky Headhunters

Another  Florida rock institution, Molly Hatchett has been making music for more than 5 decades.

Cut from the same cloth as Lynyrd Skynyrd, they nevertheless managed to stake out their own sonic territory that earned them three platinum records in the 1970s.

Their eight studio albums for Epic records were the peak of their success but they continue to perform live and have promised a new album by 2023.

There must’ve been something in the water in Florida in the early 1970s where five of these bands were formed!

There is a lot of stylistic room under the southern rock umbrella and each of these bands contributed something unique that, ultimately caught the ears of the public. And THAT is what counts. 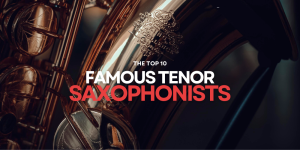