If you blinked over the last four weeks you may have missed the birth and death of one of the most controversial music careers of the last few years.

Capitol Records announced the arrival of their new rap legend FN Meka with a twist – Meka was not a person, but rather an AI. Sadly, for Capitol, at least, Meka was not destined for the big time.

The Strange Story Of FN Meka

FN Meka was launched in a blaze of publicity and they public didn’t shy away from the AI-generated talent, in fact, to the contrary by the time Capitol launched their AI-star, he already had over 9 million followers on Tik-Tok and in his short career he racked up over 1 billion views!

To be fair, there was a human element to FN Meka, his voice belonged to an actual human but everything else about his performances from the lyrics to the chords to the beat were generated by AI.

This caused Factory New, the Capitol sublabel and creators of the AI to begin waxing lyrical about how AI could take over the music industry.

Of course, their case might have seemed more convincing if it wasn’t for the fact that within a week, FN Meka had been fired.

Yes, while Capitol had carefully planned for people’s music tastes, they’d forgotten that we live in woke times.

The AI was rather too carefree in its use of the n-word which is considered completely verboten for rappers that aren’t black and while the AI might be colorblind, its fans were not.

It also had an ugly tendency to pretend that it had been the victim of actual police harassment. Something that many felt was disrespectful to people facing real issues with policing.

Thus, FN Meka landed on the scrapheap of history without its creators getting a chance to fully explore the utility of AI in music.

However, it’s worth remembering those billion views on TikTok and that many critics found the music created by the AI fairly indistinguishable from other music in the rap scene.

Will AI Eventually Destroy The Music Industry As We Know It?

Had FN Meka not made its notorious linguistic and cultural slip ups, we might have better insight into this question, what we do know, however, certainly offers pause for thought.

In other art forms, AI is already making big strides against human competitors – for example, in Colorado, last month, an AI won an art-contest and the human art community was not best impressed.

And while AI hasn’t written any award-winning novels, as yet, many web articles are now written in whole or in part by AI software such as Jasper AI.

And in New York City, a computer played a classical music solo which it improvised live using AI. This saw it hold its own against a human orchestra.

However, it is also fair to say that AI is in its infancy and that there are still significant limitations in its use. AI works, in creative professions, by observing patterns in things and then creating similar patterns.

This may work well in rap music which, by definition, requires certain beats and lyrical rhymes but it’s rather more challenging to do this in say alternative rock or choral work.

It’s also worth noting that even in rap – AI generates a significant amount of nonsense lyrics rather than great records.

The Balanced View On AI and Music

We think AI is here to stay and that it will become a valuable tool in all creative disciplines but that, over time, the greatest creations will be partnerships between people and AI.

As many people are discovering, the best work from AI comes when the people using it can create expressive “prompts” to generate that work.

However, there is one thing that might throw a spanner in the works of even this coming true – copyright and intellectual property.

FN Meka, for example, sampled Kyle the Hooligan to create its persona. Kyle was working on the project originally but ended up estranged from it – who owns his image, his voice, his creativity?

There is a whole new legal system to develop around this technology and it may well end up severely limiting what kind of art and music an AI can be involved in at all.

We’re cautiously optimistic about the partnership between AI and the music industry and we think that, if it’s managed ethically, it could be a compelling avenue for creativity that generates great music. 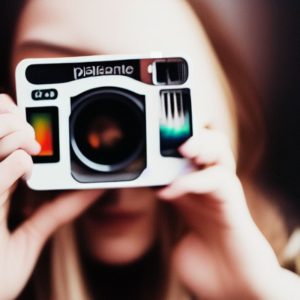 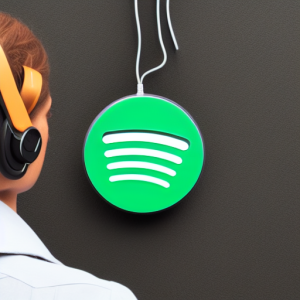 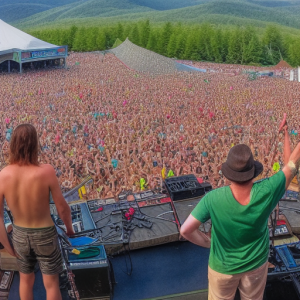 The Festival Market Hits The Skids: Hard Times Ahead For Musicians?