Cymbals are so historically important that they used to be used in Ancient Egypt during the time of the pharaohs!

In today’s world, however, two firms dominate the world of cymbals – Zidjian and Sabian.

Let’s take a look at just how close the two companies are.

Which Came First The Zildjian Or The Sabian?

Zildjian was the first cymbal company on the scene and it was formed in 1618!

This makes it one of the longest lasting businesses of any kind, anywhere on Earth.

The name Zildijian is from the Turkish, Zil = cymbal, diji = maker and -ian = son of.

It was the premier cymbal brand for the next 300 years or so, until Avedis III Zildjiandecided to head West and seek his fortune in America.

He left the cymbal business and never expected to return to it, but in 1927, his uncle sent him a desperate letter imploring him to return home and pick up the reins of the company as his relatives were running it into the ground.

Avedis was not keen but, in the end, he persuaded his uncle to join him in America where they launched the Avedis Zildjian Company in 1929.

America Was Not The Land Of The Free Cymbal

The trouble was that not only had Avedis started this venture just before the Great Depression but the family had retained the name Zildjian in Turkey and were also making cymbals.

Thus, it took many years for the American company to establish itself and recoup the name from their Turkish family and just as it did, in 1979, Avedis died and left the business to the eldest of his two sons, Armand.

Unfortunately, this did not make Robert, the younger son happy and the two brothers ended up in court fighting over the brand.

In the end, they each settled on taking control of a factory, Armand in Quincy and Robert in New Brunswick.

The two brothers certainly weren’t going to share their glories and thus, Armand was allowed to keep the existing Zildjian brand and Robert began again with the creation of Sabian in 1980.

It is said that they never really spoke to each other again and Armand passed away in 2002 and Robert followed him to the grave in 2013.

Fortunately, while the family feud may have been serious, there was no damage done to the world of cymbals and now, the two brands are the world’s leaders and constantly compete (in a healthy fashion) for the number one provider of cymbals on Earth.

Final Thoughts On Zidjian vs Sabian

Families can be complicated and it’s a shame when a falling out results in two brothers turning their backs on each other.

But musicians can find some joy in this particular family feud as the two greatest cymbal companies were born from the wreckage and they are both still going strong today.

Without Zidjian, Sabian would not exist and we, for one, are grateful that they do.

Looking to hear some awesome cymbal work? Why not check out our best music to listen to when high, these cool songs about the moon or even pick an old favorite on one of these super free music apps? 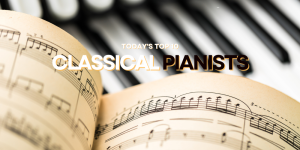 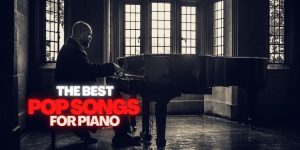 Top Ten Best Pop Songs for Piano, According to a Musicologist

How Much Does A Grand Piano Cost Is Classic Query